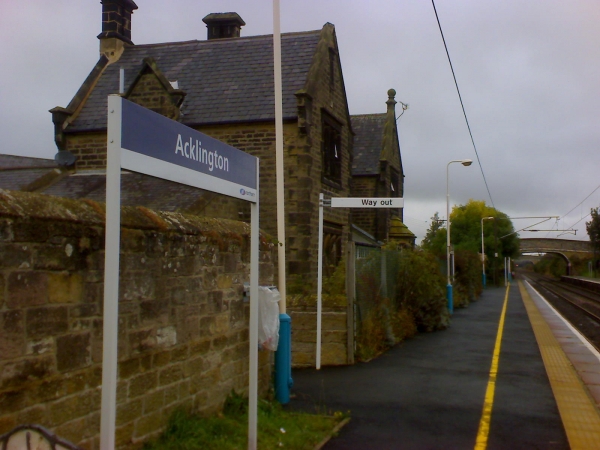 Acklington railway station is on the East Coast Main Line in the United Kingdom, serving the village of Acklington, Northumberland. It is 296 miles 19 chains (476.7 km) down the line from London King's Cross and is situated between Widdrington to the south and Alnmouth to the north. Its three-letter station code is ACK.

In the current (December 2018) timetable the only trains calling at Acklington are one northbound and two southbound local services operated on Mondays to Saturdays only by Northern, which also manages the station.

Things near Acklington Railway Station at other websites