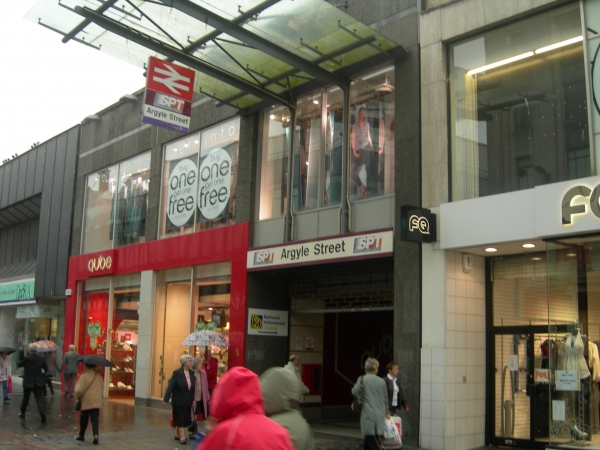 Argyle Street railway station is a station in the City Centre of Glasgow, Scotland, on the Argyle Line, which connects the North Clyde lines at Partick with Rutherglen in the south-east of the city. The station is located below the thoroughfare whose name it bears. It has a narrow and often crowded island platform. It serves the Argyle Street shopping precinct as well as the St Enoch Centre. Along with Dalmarnock and Anderston, no services call at this station on a Sunday before 10am or after 6pm

Things near Argyle Street Railway Station at other websites