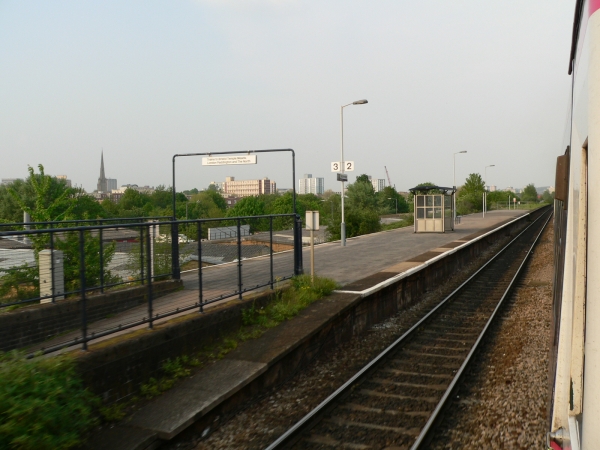 Bedminster railway station is on the Bristol to Exeter line and serves the districts of Bedminster and Windmill Hill in Bristol, south-west England. It is 0.9 miles (1.4 km) to the west of Bristol Temple Meads, and 119 miles (192 km) from London Paddington. Its three letter station code is BMT. It was opened in 1871 by the Bristol and Exeter Railway, was resited slightly further to the west in 1884 and was rebuilt in 1932. The station, which has three through-lines and two island platforms, but minimal facilities, is managed by Great Western Railway who operates all train services that serve the station, mainly an hourly service between Bristol Parkway and Weston-super-Mare.

The level of service is proposed to be increased by two trains per hour between Portishead and Bristol when the Portishead Branch Line reopens.

Things near Bedminster Railway Station at other websites