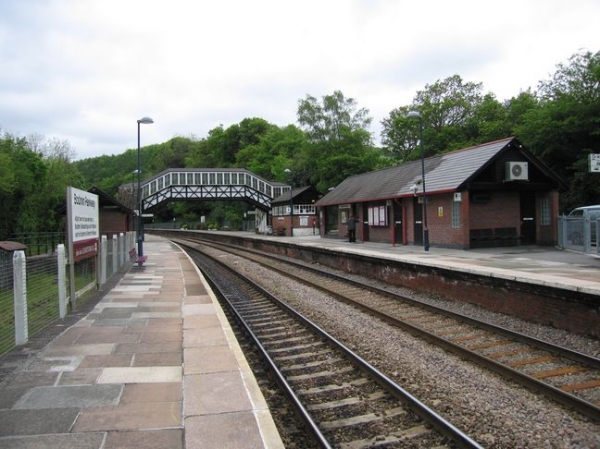 Bodmin Parkway railway station (Cornish: Fordh Bosvena) is on the Cornish Main Line that serves the nearby town of Bodmin and other parts of mid-Cornwall, England. It is situated 3 miles (4.8 km) south-east of the town of Bodmin in the civil parish of St Winnow, 274 miles 3 chains (441.0 km) from London Paddington measured via Box and Plymouth Millbay.Great Western Railway manages and the station and operates most of the train services, although CrossCountry operates some long-distance services. The Bodmin and Wenford Railway operates a heritage service on the branch to the town on certain days.

The bus link to Bodmin, Wadebridge and Padstow starts from outside the main entrance.

Things near Bodmin Parkway Railway Station at other websites