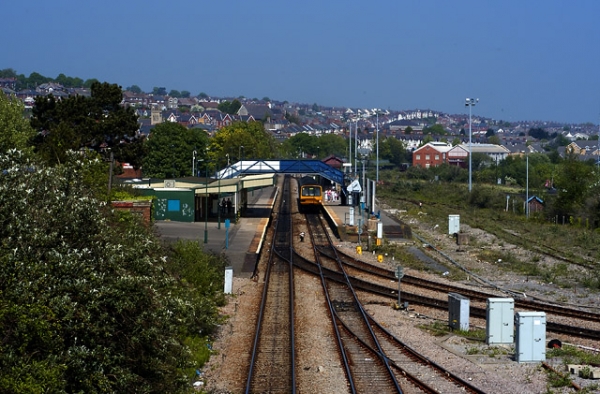 Barry railway station (Welsh: Y Barri) is one of three stations serving the town of Barry, Vale of Glamorgan in South Wales. It is one of three stations in Barry. This one, Barry Town, is preceded by Barry Docks and Cadoxton stations on the Barry Branch which runs from Cardiff Central to a fourth station at Barry Island, the terminus. Barry is also the junction at the start of the Vale of Glamorgan Line which serves Rhoose and Llantwit Major and terminates at Bridgend.

Passenger services are operated by Transport For Wales as part of the Valley Lines network.

Things near Barry Railway Station at other websites