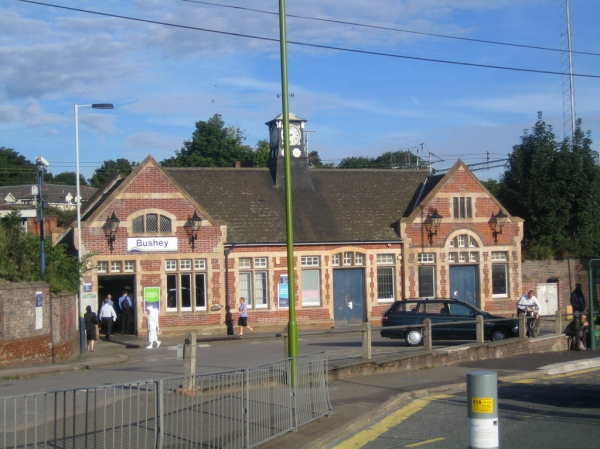 Bushey is a railway station in Hertfordshire which serves the towns of Bushey and Oxhey. It is situated on the West Coast Main Line, 5 miles (8 km) north of Harrow & Wealdstone, on an embankment. North of the station, the railway crosses the Colne valley on several viaducts.

The station is served by London Northwestern Railway semi-fast trains on the West Coast main line, and by London Overground services on the Watford DC line, a slow local service along the West Coast route. At Bushey, this branches west on a loop to serve Watford High Street railway station, before rejoining the main line at Watford Junction.

Things near Bushey Railway Station at other websites