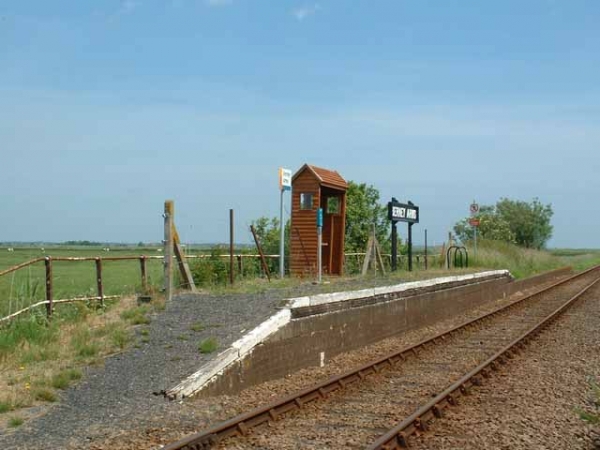 Berney Arms railway station is on the Wherry Lines in the East of England, serving the remote settlement of Berney Arms on the Halvergate Marshes in Norfolk. It is 15 miles 71 chains (25.6 km) from Norwich and is the only station on a short stretch of single line between Reedham and Great Yarmouth. It is managed by Greater Anglia, which also operates all trains serving the station. The limited number of services timetabled to stop do so on request only.Berney Arms is one of the most remote and least-used stations in Great Britain. In 2020 it officially became the least used station in the country, with only 42 visitors in a year-long period, although this is largely due to the line between Reedham and Great Yarmouth being under possession by Network Rail between October 2018 and February 2020 while resignalling of the Wherry Lines took place. Trains had only started to serve the station again for one month before the country was placed into lockdown due to the COVID-19 pandemic.

It is several miles from the nearest road and thus is accessible only by train, on foot, or by boat, as it is a relatively short walk from the River Yare, where private boats can moor. It was adopted in 2010 as part of the Station Adoption Scheme.

Things near Berney Arms Railway Station at other websites