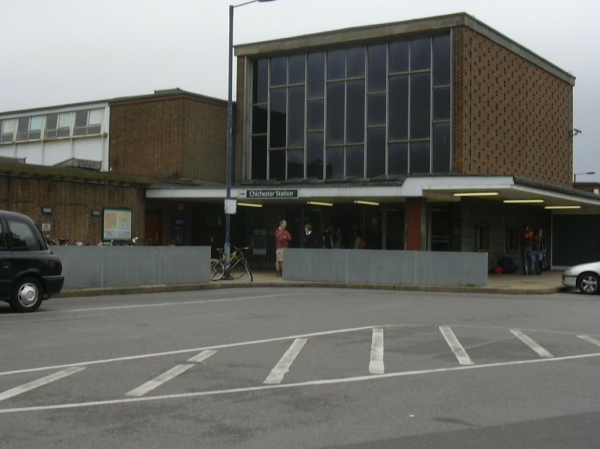 Chichester railway station is a railway station in the city of Chichester in West Sussex, England. It is 28 miles 51 chains (46.09 km) from Brighton.The station is located on the West Coastway Line which runs between Brighton and Southampton. The station and the majority of trains serving it are operated by Southern. The only other operator is Great Western Railway, which operates a limited number of trains at the station.

There used to be branch lines north to Midhurst and an additional three platforms, two of which were up and down bay platforms at the west end of the station, the other remaining albeit heavily overgrown.

Things near Chichester Railway Station at other websites