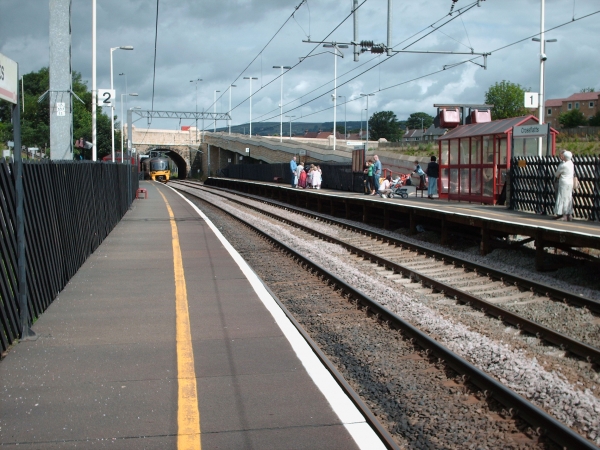 The station was opened on 17 May 1982 at a cost of £78,000. It was the first of the eighties-era stations on the Airedale Line to be opened and is the only one to be built by British Rail on an entirely new site (the others - such as Saltaire and Frizinghall - had all previously been closed in 1965 as part of the Beeching cuts).

It is used heavily during school term time due to its proximity to Bingley Grammar School.

Things near Crossflatts Railway Station at other websites