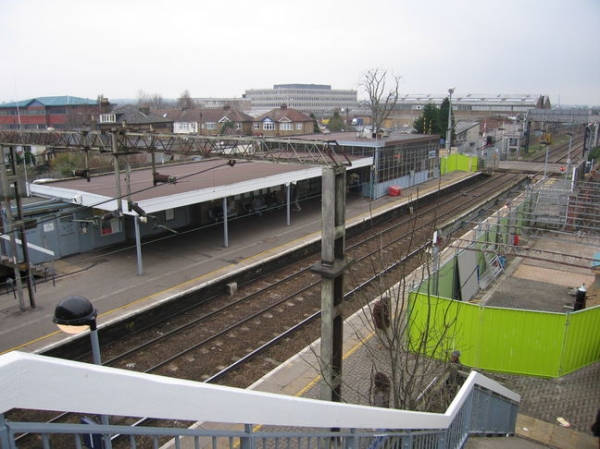 Cheshunt railway station serves the town of Cheshunt in Hertfordshire, England. It is on the West Anglia Main Line and the Lea Valley Lines, and train services are provided by Abellio Greater Anglia & London Overground.

Former franchise holder National Express East Anglia fulfilled a franchise commitment to extend the bay platform at Cheshunt to accommodate 8-coach trains (previously it could only accommodate up to 6 coaches). The works also involved replacing all existing station buildings, and replacing the station footbridge. Construction commenced in December 2005 and was largely complete by August 2006.

In the 2012 Summer Olympics, Cheshunt station (along with Waltham Cross, the next southbound station) was the main access point for the Broxbourne whitewater canoe and kayak slalom.

An Oyster Card extension to Cheshunt station from Enfield Lock railway station/Turkey Street railway station is in force from 2 January 2013, with the station in Travelcard zone 8. This also means Waltham Cross railway station and Theobalds Grove railway station are also included in the extension and will allow passengers travelling to Central London to be able to use Oyster, rather than paper tickets to travel.

Things near Cheshunt Railway Station at other websites