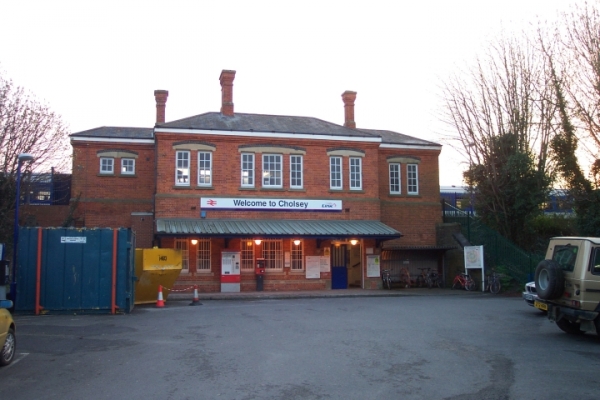 Cholsey railway station (previously Cholsey & Moulsford) serves the village of Cholsey in south Oxfordshire, England, and the nearby town of Wallingford. It is 48 miles 37 chains (78.0 km) down the line from London Paddington and is situated between Goring & Streatley to the east and Didcot Parkway to the west.

The station is managed by Great Western Railway, which operates local services to Didcot Parkway, Oxford, Reading and London Paddington. Cholsey is also the junction for the heritage railway services on the Cholsey and Wallingford Railway. The station has five platforms, but two of them are generally out of use so fast trains can pass through, with gates closed. These platforms are opened when the lines through the other two main line platforms are closed for maintenance. Platform 5 is only used for services on the preserved Cholsey and Wallingford railway.

Things near Cholsey Railway Station at other websites