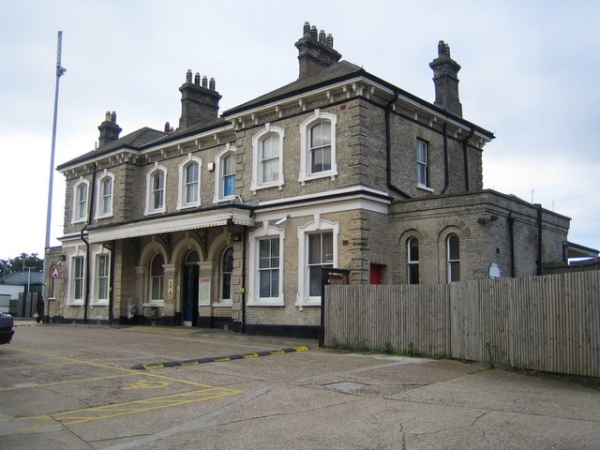 Chertsey railway station serves the town of Chertsey in the Runnymede District of Surrey, England. It is on the Chertsey Loop Line and is operated by South Western Railway.

The first station was opened by the London and South Western Railway, with the initial section of the Chertsey branch line, in 1848. The existing building, now a Grade II listed building, was opened on 1 October 1866. It comprises Up and Down platforms having brick buildings: the main building being on the Down side. There is a level crossing here. The platforms can hold ten carriage trains.

Local mythology ascribes the design of the existing station building to William Tite but, in fact, he had stopped all architectural work about 13 years previously. Historic England says, on this subject, "design thought to have been derived from earlier prototypes by Sir William Tite for L.S.W.R." citing, as its source, the book Victorian Stations: Railway Stations in England and Wales, 1836-1923 by Gordon Biddle 1973.

Things near Chertsey Railway Station at other websites