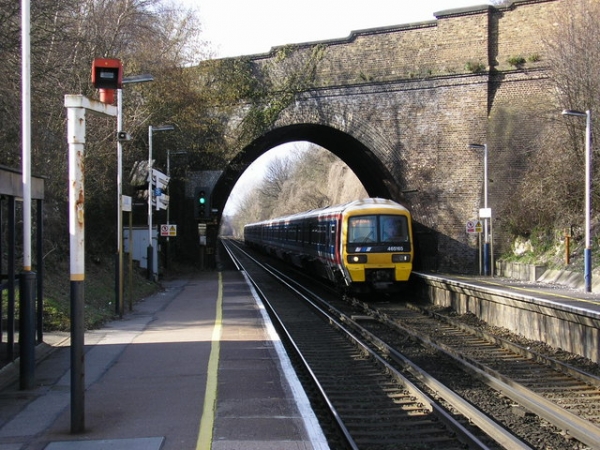 Chelsfield railway station is on the South Eastern Main Line, serving the Chelsfield and Green Street Green areas south of Orpington, in the London Borough of Bromley, south-east London. It is 15 miles 25 chains (24.6 km) down the line from London Charing Cross and is situated between Orpington and Knockholt stations. It is in Travelcard Zone 6.

The line on which it is located, and the station itself, was opened on 2 March 1868 by the South Eastern Railway to shorten its route from London to Dover. The building of the route, which crosses the North Downs, was a difficult undertaking, with steep gradients. At Chelsfield the line is rising steadily on a 1 in 120 gradient through the Chelsfield Tunnel beyond the station. It is said that this was an inspiration to E. Nesbit when writing The Railway Children.The modern station building dates from the 1970s when its predecessor was damaged by fire.

Things near Chelsfield Railway Station at other websites