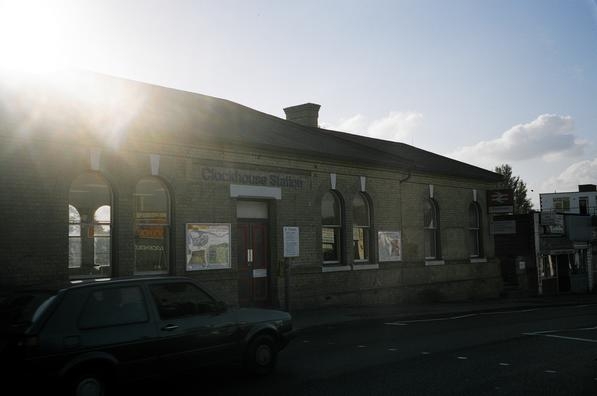 Clock House railway station is in the London Borough of Bromley in south east London, in Travelcard Zone 4 between Beckenham and Penge. It is 10 miles 23 chains (16.6 km) down the line from London Charing Cross. The station and all trains serving it are operated by Southeastern on the Hayes line.

The station, which was opened by the South Eastern Railway in 1890, is named after the nearby residence of the Cator Family, demolished in 1896. Clock House retains its original street level booking hall and the remnants of its platform canopies and was formerly known for its tendency to flood whenever overwhelmed by the Chaffinch brook. The station name can be spelt either Clock House or Clockhouse. For example, the previous station signage used the latter (historically inaccurate) form, whilst the published timetables use the former version. The new Southeastern re-branded station signage and livery has since corrected this inaccuracy.

Things near Clock House Railway Station at other websites