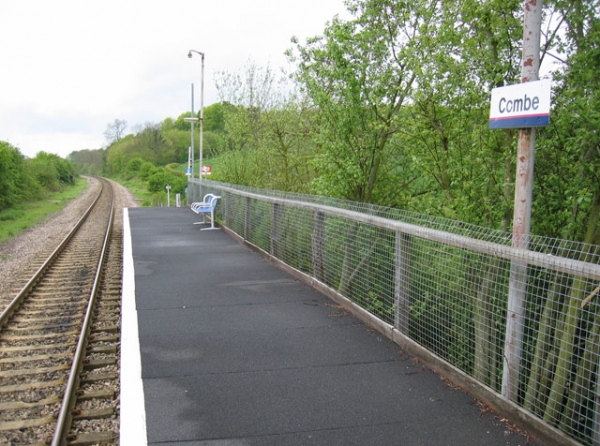 Combe railway station serves the village of Combe in Oxfordshire, England. It is on the Cotswold Line. This station and all trains serving it are run by Great Western Railway.

On weekdays (including bank holidays), one train a day in each direction serves the station: the 07:58 to Didcot Parkway and the 17:39 to Great Malvern. There are no trains at weekends.It was opened as Combe Halt by the Great Western Railway in 1935, originally having two platforms. In 2012, it was equipped with the modern Customer Information display screen now found on most First Great Western stations, plus an automatic train announcement system.

The station is about half a mile from the village of Combe (to the NW) and the hamlet of Combe East End (to the NE).

Things near Combe (Oxon) Railway Station at other websites