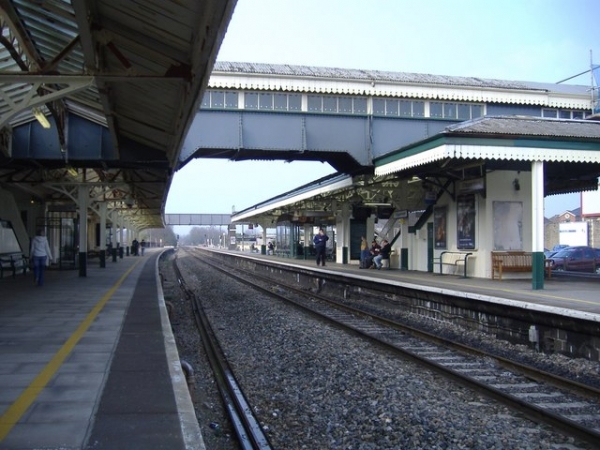 Chippenham railway station is a main line railway station, serving the market town of Chippenham in Wiltshire, South West England. Managed by Great Western Railway and owned by Network Rail, the station lies on the Great Western Main Line and connects to the Wessex Main Line via Melksham. It is situated between Swindon and Bath Spa, and is served by Great Western Railway main line InterCity services between Bristol Temple Meads, and London Paddington, and a smaller Great Western Railway local service that runs between Swindon and Southampton Central, via Chippenham and Melksham over the northern end of the former Wilts, Somerset and Weymouth Railway. It was also the junction for a GWR branch line to Calne from 1863 until its closure as part of the 'Beeching Axe in 1965.

Only two platforms at the station are now in use; the platform by the main entrance is now disused.

Things near Chippenham Railway Station at other websites