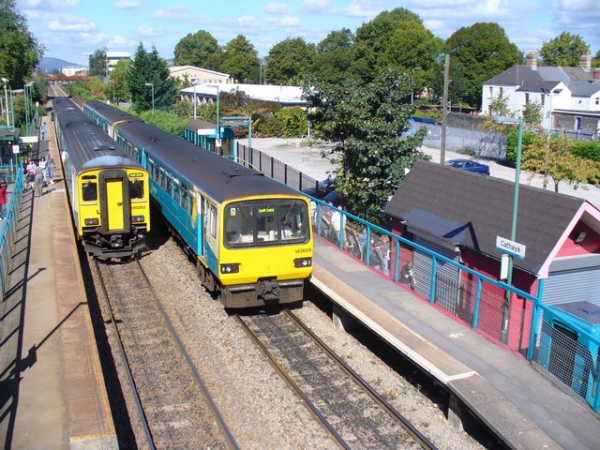 Cathays railway station is a station on the Merthyr Tydfil and Rhondda lines in the Cathays district of Cardiff, Wales. It is 1 1⁄4 miles (2 km) north of Cardiff Central.

The station is next to Cardiff University Students' Union and a short walk from the Welsh Government and other Civic buildings in Cathays Park. The footbridge over the railway is much used as a shortcut between Park Place and Senghenydd Road. When Cathays opened in 1983 it reversed a trend to close stations by being one of the first stations to be built in Wales for 60 years. It was opened by British Rail and South Glamorgan County Council.

Cathays station is now manned in peak hours, since the introduction of a new automated ticket barrier system in summer 2007. Cathays has two platforms, each with a small shelter and an information screen displaying the next train's arrival. There is a car park on the Senghennydd Road side, which is University owned and not for general public use.

Things near Cathays Railway Station at other websites