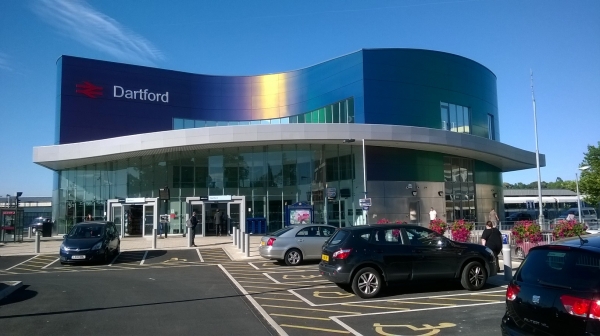 Dartford railway station serves the town of Dartford in Kent, England. All train services from the station are operated by Southeastern, which also manages the station. Dartford is a major interchange station in the North Kent region of the Southeastern network. Ticket barriers control access to the platforms.

The station is where three lines from London meet:

the Dartford Loop Line via Sidcup.

Things near Dartford Railway Station at other websites