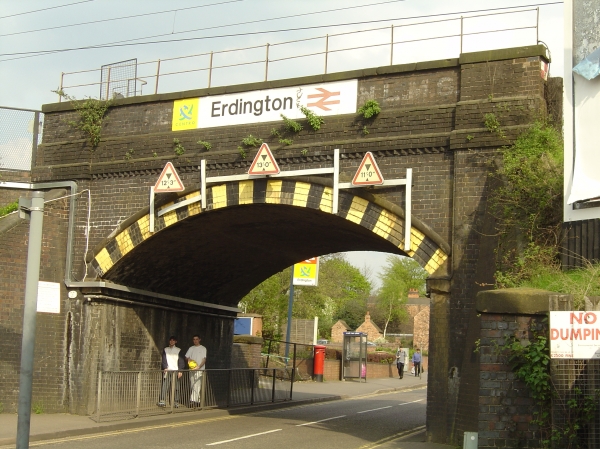 The station was opened in 1862 on Sheep Lane, later known as Station Road.

Pedestrian access to the former LMS station is via Station Road. The station is above road level, as the line here is on an embankment. A new passenger shelter on the northbound platform was built and opened in November 2006.

The letters LMS can still be seen on the adjacent road bridge. At the foot of the ramp to the southbound platform there is a sculpture by Ronald Rae entitled Insect and Celtic Cross.

Things near Erdington Railway Station at other websites