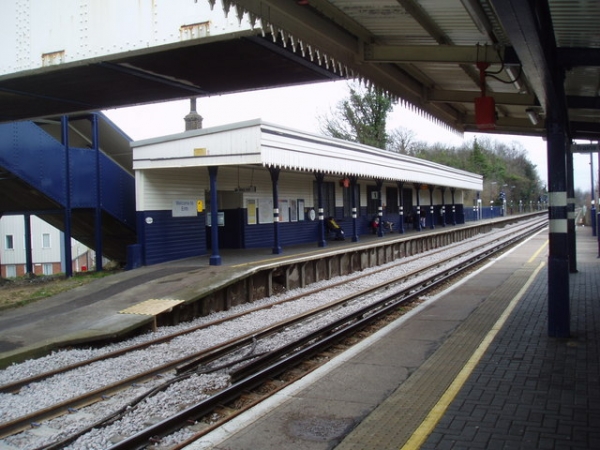 The station stands between Belvedere and Slade Green on the North Kent line and is served by Greenwich line trains running from the station westbound generally to Cannon Street via London Bridge and eastbound to Dartford or to Central London via the Dartford loop and Sidcup.

The station buildings date from the opening of the line in 1849.

Things near Erith Railway Station at other websites