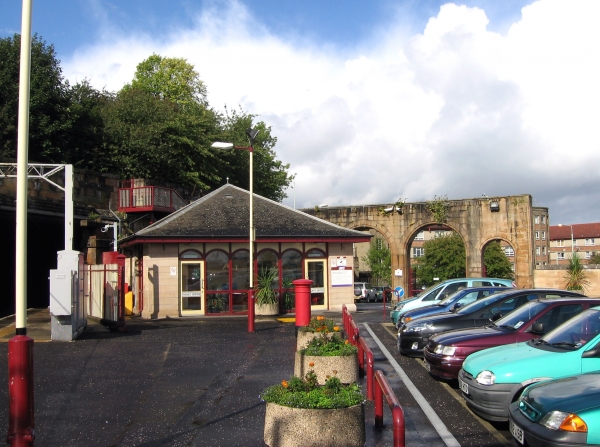 Greenock Central station is one of eight railway stations serving the town of Greenock in western Scotland, and is the nearest to the town centre. This station, which is staffed, is on the Inverclyde Line, 37 km (23 mi) west of Glasgow Central towards Gourock. It has three platforms, two of which are in use, with one disused bay platform. This disused platform is still connected to the main line.

It was originally the terminus before the railway was extended to Gourock and at that time was known as Greenock Cathcart station, as the access road to the station leads off the town's Cathcart Street.

Things near Greenock Central Railway Station at other websites