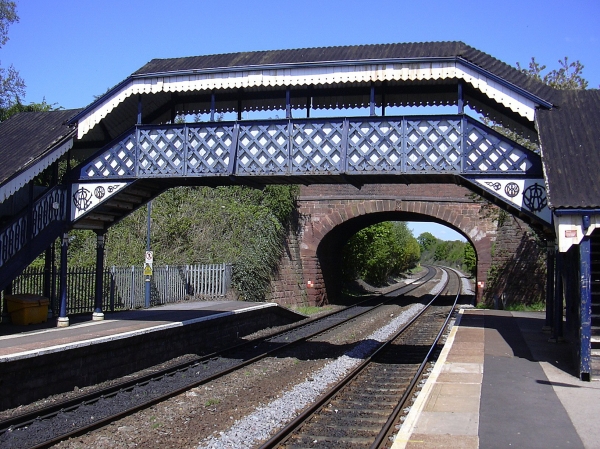 Hagley railway station serves the English village of Hagley, Worcestershire. It was opened on 1 May 1852 as part of the Oxford, Worcester and Wolverhampton railway. The station retains its GWR-era station building and its cast and wrought iron monogrammed GWR canopied footbridge dating from 1884. The footbridge was listed grade 2 in 2000 and the station and its environs sits within the West Hagley Conservation Area. The footbridge was used by Hornby as the basis for its plastic model.

Things near Hagley Railway Station at other websites