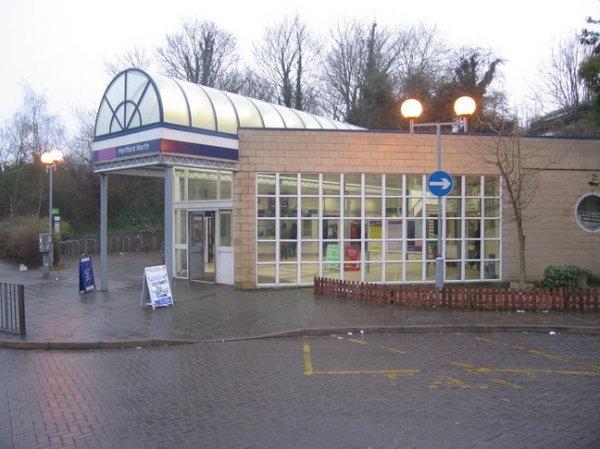 Hertford North is about ten minutes walk from the town centre in North Road and opened on 2 June 1924, replacing the similarly named station (known until 1923 as Hertford Cowbridge) on the branch from Hatfield. It is 19 miles 48 chains (31.5 km) north of London Kings Cross. The station forms part of the Hertford Loop Line which provides a diversion from the East Coast Main Line from Alexandra Palace to Langley Junction just south of Stevenage. Stations on the line include Stevenage, Watton-at-Stone, Bayford and Cuffley. Trains on this line are run by Great Northern. It has one terminal and two through platforms and features a lift, a small shop, two ticket booths and ticket barriers.

Things near Hertford North Railway Station at other websites