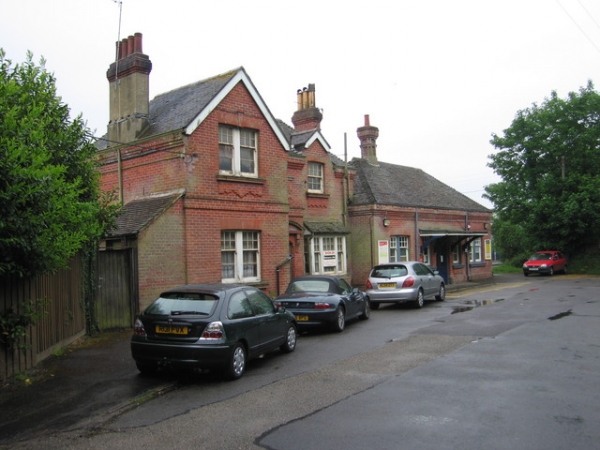 Hinton Admiral railway station is a station serving the villages of Bransgore and Hinton and the town of Highcliffe on the Hampshire/Dorset border in southern England.

The station is on the stretch of line opened in 1885 between Brockenhurst and Christchurch to provide a direct line from London to Bournemouth, bypassing the original "Castleman's Corkscrew" line via Ringwood and reducing that line to a backwater.

The station is operated by South West Trains and is served by the London Waterloo to Poole stopping services. The platforms are able to accommodate trains of up to five coaches, longer trains only open the doors in the first four or five coaches depending on the type of unit operating the service.

In 1957 the station was the site of a camping coach.

Things near Hinton Admiral Railway Station at other websites