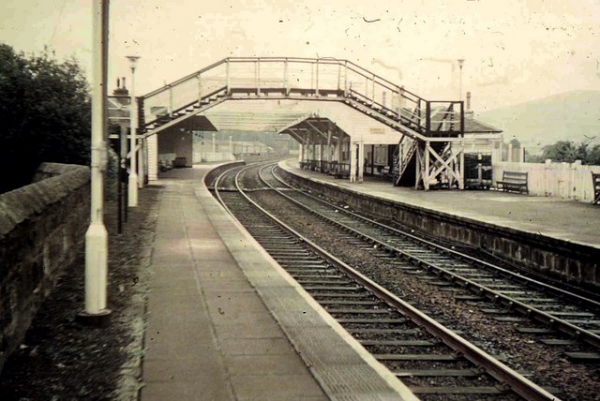 The original station building has been demolished and replaced with a smaller ticket office (staffed part-time) and waiting room.

A small good yard is located adjacent to the station and operated by EWS/DB Schenker. Traffic to the yard appears infrequent. A goods shed remains standing within the yard.

Things near Huntly Railway Station at other websites