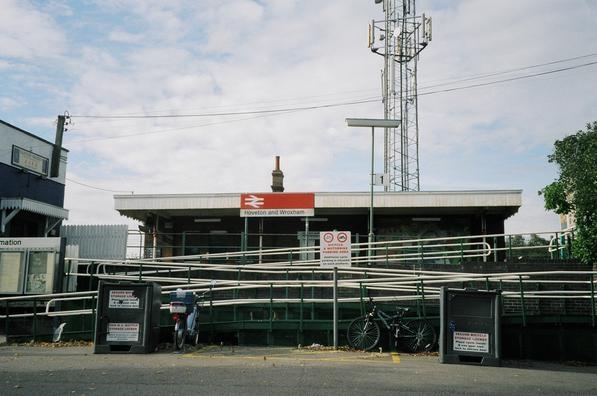 Hoveton and Wroxham is a railway station serving the town of Wroxham in the English county of Norfolk. The station is technically situated in the adjacent village of Hoveton, but the two settlements are usually regarded as one.

The station is served by local services operated by Abellio Greater Anglia on the Bittern Line from Norwich to Cromer and Sheringham. It was previously a junction, with the former East Norfolk Railway route to County School diverging from the Cromer line a short distance north of the station; however this line closed to all traffic in 1982 and was subsequently dismantled.

The station is the last on the double track portion of the line from Norwich - the line becomes single north of here and remains so for the rest of the way to Sheringham (except for a loop at North Walsham and a short section into the station at Cromer).

Things near Hoveton & Wroxham Railway Station at other websites