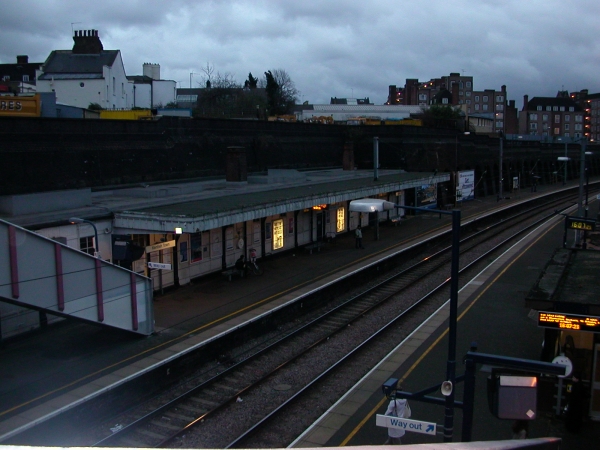 Kent House railway station serves an area between Beckenham and Penge in the London Borough of Bromley in Greater London: it takes its name from Kent House farm nearby, historically the first house in Kent after crossing the Surrey border. It is in Travelcard Zone 4, and the station and most trains serving it are operated by Southeastern, with other services operated by Thameslink. The station is on the line connecting Herne Hill and Beckenham Junction, opened by the London, Chatham and Dover Railway (LCDR) on 1 July 1863, but Kent House station was not opened until 1 October 1884 and was originally named "Kent House (Beckenham)". It lies above street level, where the booking office is situated; there is a subway and stairs to the platforms. There are Up and Down passenger loops here. The station is 12 km (7.7) miles from London Victoria.

In February 1993, an IRA bomb was detonated on a train from London Victoria to Ramsgate at this station. A warning had been given and everybody was safely evacuated before the explosion but the damage to the carriage was considerable.

Clock House station on the Hayes Line (formerly the Mid-Kent Line) is a short walk from this station, and has trains between London Charing Cross/Cannon Street and Hayes, which are also operated by Southeastern.

Things near Kentish Town Railway Station at other websites