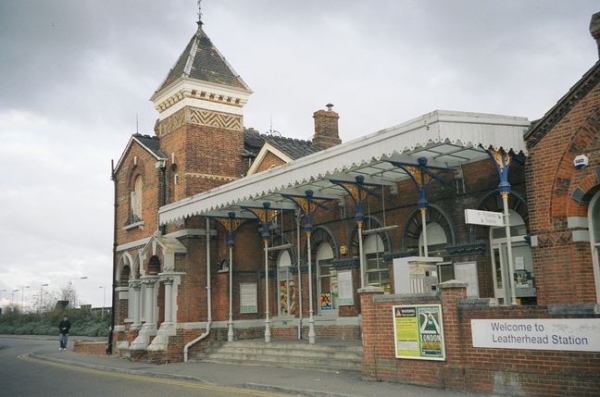 Leatherhead railway station is in Surrey, England. It is managed by Southern which provides certain train services and South West Trains provides services to other destinations.

The long-standing reason for Leatherhead's two train operating companies is that its station is at the junction of the Victoria or London Bridge-terminating Horsham via Dorking Line with the Waterloo-terminating via Epsom route of the New Guildford Line. Both lines are only briefly combined corollaries to the main lines to major towns however were from 1923 until 1996 in the same ownership.

Things near Leatherhead Railway Station at other websites