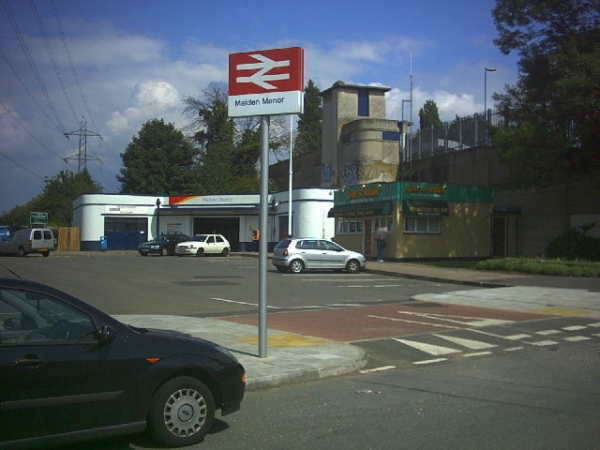 Malden Manor railway station, in the Royal Borough of Kingston upon Thames in South London is one of the stations on the Chessington branch, part of the London suburban network of South West Trains, and is in Travelcard Zone 4.

Like all others on the branch, the station is built in the concrete style of the 1930s (see external link); it was opened on 29 May 1938. South-west of the station is a three-span, 140 ft (42m) viaduct over the Hogsmill River, a tributary of the River Thames.

Both platforms were extended to take ten-car trains on 8 May 2014.

Things near Malden Manor Railway Station at other websites