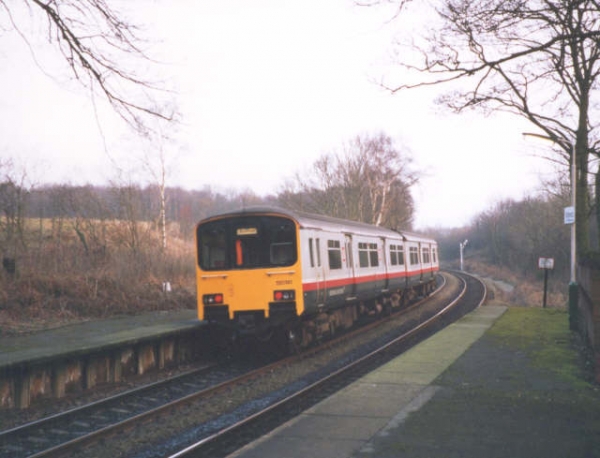 It is on the Stockport to Buxton line, opened in 1879 by the London and North Western Railway on the Stockport, Disley and Whaley Bridge Railway which they had acquired in 1866. The station is managed and served by Northern Rail and is the last station in the GMPTE ticketing area.

Although a station named "Middlewood" was featured in Episode 2 of Channel 4's Max and Paddy's Road to Nowhere, the location used was actually Entwistle station on the Ribble Valley Line.

There is no vehicular access to the station. Access is only by woodland paths, the nearest road being some 870 yards (800 m) away.

It is one of the three stations that provide access to the Middlewood Way.

In July 2009, Poynton Town Council announced that they would be part funding with the aid of a grant from the High Peak and Hope Valley Community Rail Partnership, the installation of a Cycle Rack and Improved Signage to and at the station. These improvements have now been implemented, along with the installation of additional lighting, a new PA system and a Hearing Induction Loop.

Things near Middlewood Railway Station at other websites