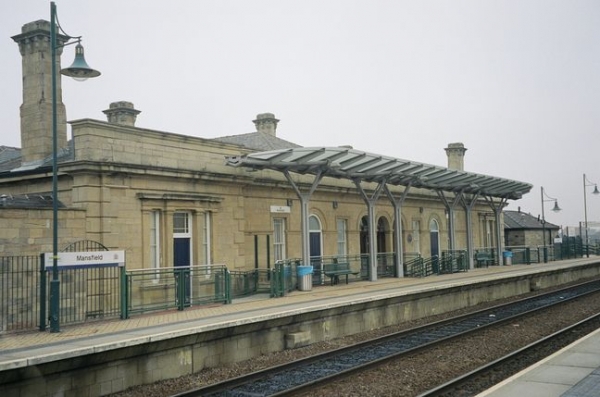 Mansfield railway station serves the large town of Mansfield in Nottinghamshire, England. Alternatively it is named Mansfield Town, to distinguish itself from Mansfield Woodhouse and the GCR's former Mansfield Central. The station is 17 miles (27 km) north of Nottingham on the Robin Hood Line and is managed by East Midlands Trains.

The station has the PlusBus scheme where train and bus tickets can be bought together at a saving.

Before the station was re-opened in 1995, the town was the largest in the United Kingdom without one, all the more remarkable when it is considered that Mansfield pioneered the railway in the East Midlands. The then nearest railway station, Alfreton, was known as "Alfreton and Mansfield Parkway".

Things near Mansfield Railway Station at other websites