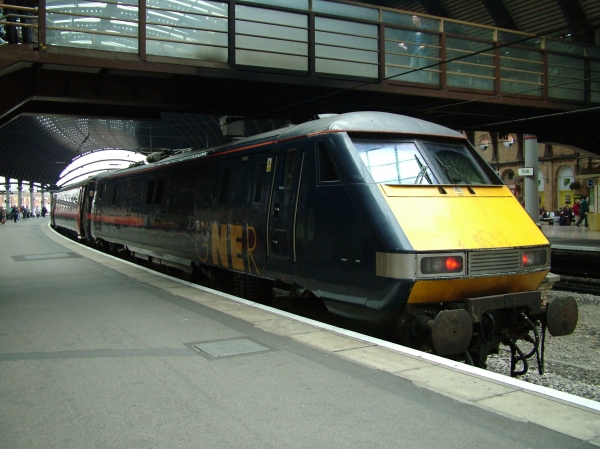 Thurnscoe railway station serves Thurnscoe in South Yorkshire, England. It is located on the Wakefield Line 15 miles (24 km) north of Sheffield railway station. Only stopping services call at the station. It was opened as a new station on 16 May 1988. The station was built by British Rail.

Although the line passed through the three settlements of Thurnscoe, neighbouring Goldthorpe and Bolton-on-Dearne, the Swinton & Knottingley Joint railway originally only provided two stations for the area, at Bolton-on-Dearne and at Frickley. Until 1961 the station was called Bolton on Dearne for Goldthorpe and was served by Sheffield-York stopping services. By the late 1980s the low demand for York-bound passengers meant that only a handful of stopping trains used the line. South Yorkshire Passenger Transport Executive, responding to increasing demand for Sheffield-Leeds passengers in the area, and a lack of capacity on the Sheffield-Barnsley-Leeds line, sponsored an hourly service via Bolton, and opened new stations at Goldthorpe and Thurnscoe.

Things near Thurnscoe Railway Station at other websites