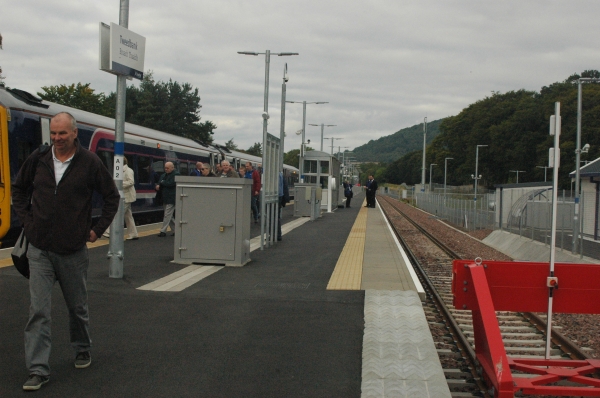 Tweedbank railway station in Tweedbank in the Scottish Borders is the southern terminus of the partly reopened Waverley Route. It serves the village of Tweedbank, Abbotsford House and the town of Melrose, as well as the wider Scottish Borders by means of a nearby park and ride facility. The station was built by BAM Nuttall opening on 6 September 2015.

The station design uses a central platform with a line on either side. The track layout does not allow steam hauled trains to run around their trains and return so tourist trains will need to have a diesel or second steam engine at the rear of the train to make the return trip to Edinburgh.

Things near Tweedbank Railway Station at other websites