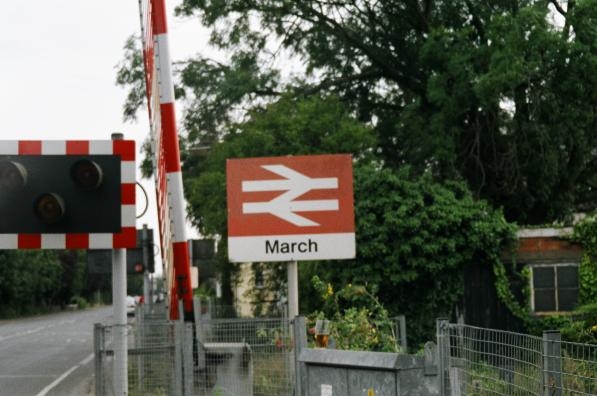 March railway station serves the town of March in Cambridgeshire, England. The station is 14 miles (23 km) east of Peterborough on the Ely to Peterborough Line.

The station was once a major railway junction with a confluence of lines radiating from the town. The station has been reduced in importance in recent years with several railway lines being dismantled or mothballed. The important cross-country regional route between Ely and Peterborough still runs through the station and an increasing number of freight trains pass through the town.

The station originally had seven platforms. However, two of these are now filled-in bay platforms, and the track has been removed from a further west-facing bay on the southern side of the station. There are now just two operational platforms, although track has recently been re-laid on two disused platforms on the northern side of the station and it is anticipated that these may be used should proposals to reopen the line to Wisbech come to fruition. The Whitemoor marshalling yard has now been returned to use in 2004 having been disused since the early 1990s.

Things near March Railway Station at other websites