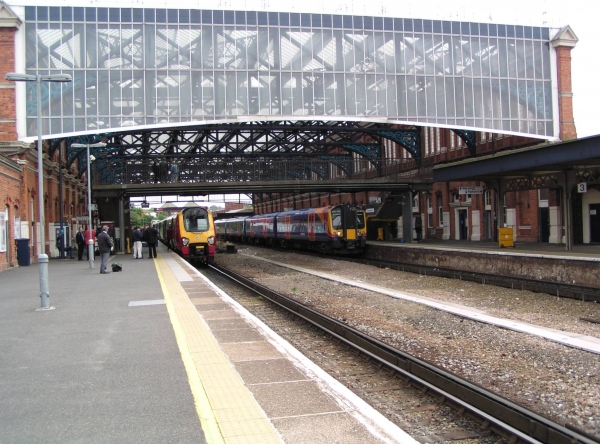 Bournemouth railway station is the main railway station serving the beach-side town of Bournemouth, Dorset, England. It was previously known as Bournemouth East (1885 to 1899) and then Bournemouth Central (1899 to 1967). It has long been treated as an obligatory stop (major stop) on the South Western Main Line from London Waterloo to Weymouth. It is 108 miles 2 chains (173.8 km) down the main line from Waterloo and is situated between Pokesdown and Branksome.

A previous incarnation of Bournemouth East station was on another site. Ticket barriers were installed in 2008 and British Transport Police have a Bournemouth office at the station which acts as a regional hub.

Things near Bournemouth Railway Station at other websites