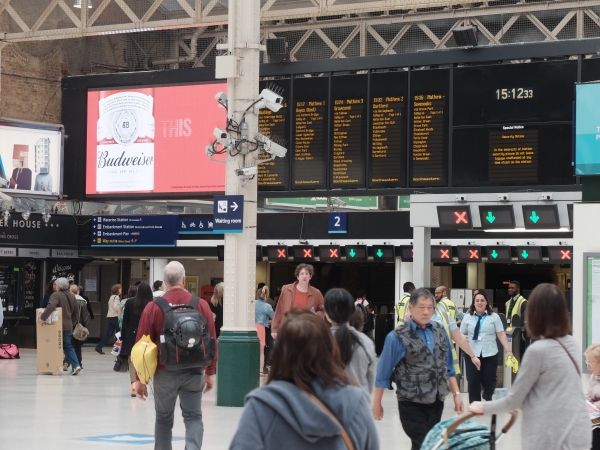 Charing Cross railway station (also known as London Charing Cross) is a central London railway terminus between the Strand and Hungerford Bridge in the City of Westminster. It is the terminus of the South Eastern Main Line to Dover via Ashford. All trains are operated by Southeastern, which provides the majority of commuter and regional services to south-east London and Kent. It is connected to Charing Cross Underground station and is near to Embankment Underground station and Embankment Pier.

The station was originally opened by the South Eastern Railway in 1864. It takes its name from its proximity to the road junction Charing Cross, the notional "centre of London" from which distances from the city are measured. During the 19th century the station became the main London terminus for continental traffic via boat trains, and served several prestigious international services. It was badly damaged by an engineering accident in 1905 and extensively rebuilt, subsequently becoming an important meeting point for military and government traffic during World War I. By this time, Charing Cross station was seen as out of date by some politicians and proposals were made to replace Hungerford Bridge with a road bridge or road/rail combination, with the station moving to the south bank of the River Thames in the case of a road-only replacement. The station was bombed several times during World War II, and was rebuilt afterwards, re-opening in 1951. In the late 1980s, the station complex was redesigned by Terry Farrell and rebuilt to accommodate a modern office block, now known as Embankment Place.

Things near London Charing Cross Railway Station at other websites