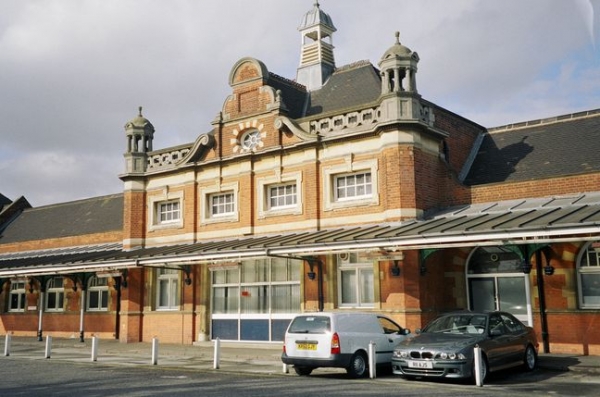 Colchester railway station (also known as Colchester North) is on the Great Eastern Main Line (GEML) in the East of England, and is the primary station serving the town of Colchester, Essex. Its three-letter station code is COL. It is 51 miles 52 chains (83.1 km) down the line from London Liverpool Street and on the GEML is situated between Marks Tey to the west and Manningtree to the east. Colchester is also the location of a major junction where the GEML links to the Sunshine Coast Line, which runs south to Clacton-on-Sea and, via a short branch, to Walton-on-the-Naze; services to and from Colchester Town also join the GEML at the Colchester junction. The junction is grade-separated so trains branching to and from Colchester Town or the Sunshine Coast Line do not cross the main line.

Colchester station was opened in 1843 by the Eastern Counties Railway. It is currently managed by Greater Anglia, which also operates all trains serving the station.

Things near Colchester Railway Station at other websites