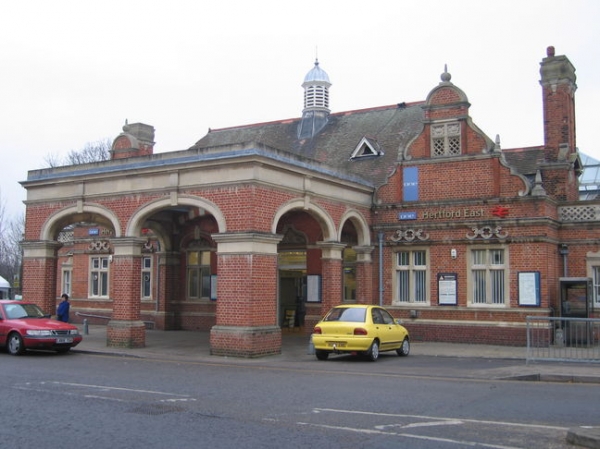 Hertford East railway station is one of two stations in Hertford in Hertfordshire, England, the other being Hertford North station. The station is 24 1⁄4 miles (39.0 km) north of London Liverpool Street and is the terminus of the Hertford East Branch of the West Anglia Main Line with train services provided by Abellio Greater Anglia. There are two platforms, although platform one is only used during peak times and primarily for trains to and from Stratford.

Things near Hertford East Railway Station at other websites