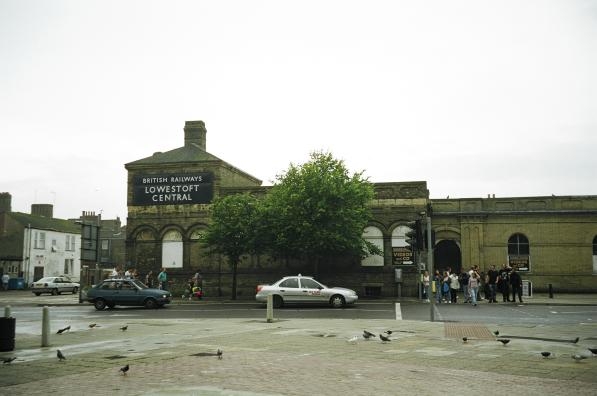 Lowestoft, formerly known as Lowestoft Central, is a staffed railway station serving the town of Lowestoft in Suffolk. It is the terminus of the Wherry Line from Norwich and the East Suffolk Line from Ipswich. It is the easternmost station on the National Rail network.

The station is owned by Network Rail and served by Abellio Greater Anglia. Services are operated by diesel multiple units of Classes 153, 156 or 170. According to Office of Rail Regulation usage figures for 2010-2011, Lowestoft was, after Ipswich, Stowmarket and Bury St Edmunds, the fourth-busiest station in Suffolk, with busy commuter traffic to Norwich and to a lesser extent to Ipswich. Until the late 1960s the station was served more frequently, with regular direct express trains for holidaymakers in the summer from London and elsewhere and direct local services to Great Yarmouth.

Things near Lowestoft Railway Station at other websites